Elandela Lodge is self funding an array of conservation programs which focuses mainly on the Large Predators of the South African Bushveld and also the highly endangered Rhinoceros: 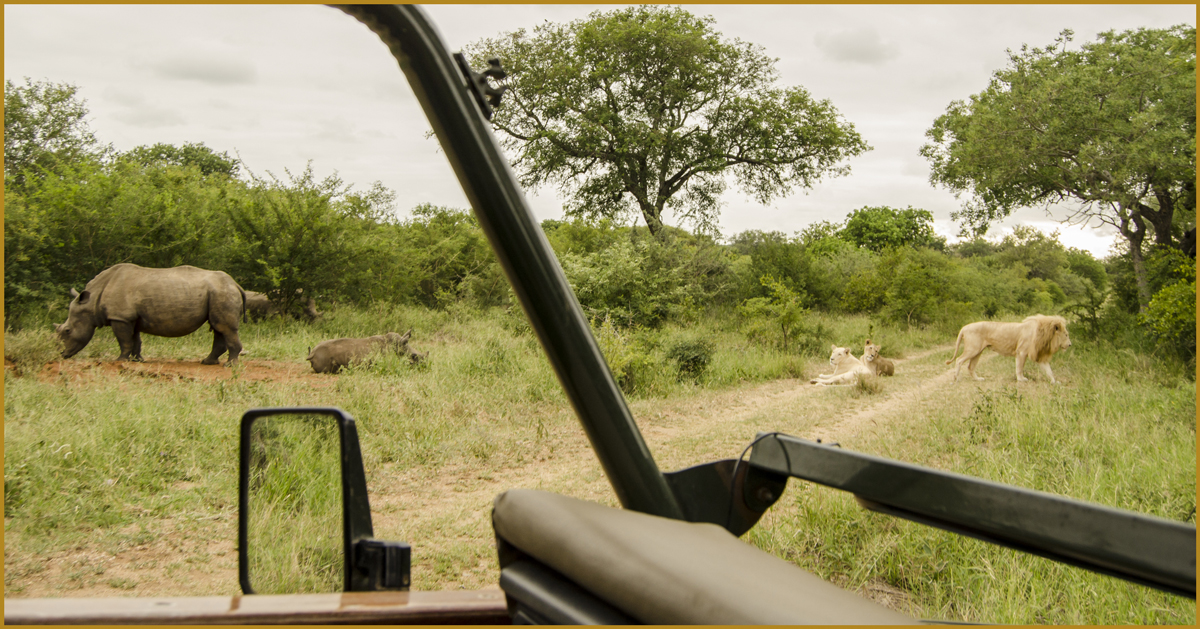 On the rugged Elandela Private Game Reserve surrounding the area where the White Lions are, there roams a pride of Tawny Lions without the recessive “white gene”. Roaming a huge area, they make for more difficult viewing and we suggest a full day should be set aside for a possible sighting. They are the impersonation of old, wild, untamed Africa!

The Elandela Leopards do not know that they should be elusive!  On the section of Elandela Private Game Reserve where the lodge is, there are no lions and this is leopard heaven. It is not unusual for some guests to happen onto one, or more, of the magnificent spotted cats every day of their stay! We have each leopard identified and us humans maintain a respectful arrangement with these magnificent predators.

Elandela Rhino Survivor Trust is a registered Non Profit Organization which came into being after a Rhinoceros cow was shot 16 times and then hacked to death on Elandela Private Game Reserve in June 2011. Her three month old bull calf was assaulted and nearly died of dehydration and predation as he careered aimlessly through the reserve for the two days it took the Elandela rescue teams to find him. His resuscitation was a difficult but successful one. Unfortunately due to the assault and dehydration “Roccy”, as he was affectionately named, developed cataracts in both eyes. The initial objective of Elandela Rhino Survivor Trust was to finance a cataract removal operation for Roccy at the Onderste Poort Veterinary Hospital near Pretoria. This successful operation on the third of January 2012 drew wide world-wide media attention because it was about the only positive story in a sea of sad reports regarding the assaults on our country’s Rhinos. Roccy and his story made a special impact on children and in order to inform the youth of the imminent extinction of the Rhino the activity book “Roccy the Survivor” was published by the Trust. Subsequently an orphan female calf, named Clova, was purchased and these orphans, who have been raised by us, have endeared themselves to all Elandela’s visitors as part of our awareness campaign, aimed primarily at school going children, regarding the Rhino’s plight.

The remainder of Roccy’s family went through a second poaching ordeal in May 2013 when a group of rhino poachers wounded 4 of Elandela’s Rhinos on one night! The young female, “Escape”, was then wounded for a second time and she had to be tranquilized and treated 5 times to heal her infected bullet wound. “Swagman” had a bullet lodged in his shoulder and “Premier” has a bullet hole in his ear! “Precious” had a shot through her vertebral processes but the good news is that not only was her life saved but also that of her unborn calf.

Unfortunately, Swagman succumbed to a poacher’s bullet in August 2016.

The gestation period of a Rhino is 18 months – that is why at the rate of more than 1000 Rhinos killed per year in South Africa we are living in the last moments of time for a species that has dwelled on earth for millions of years! 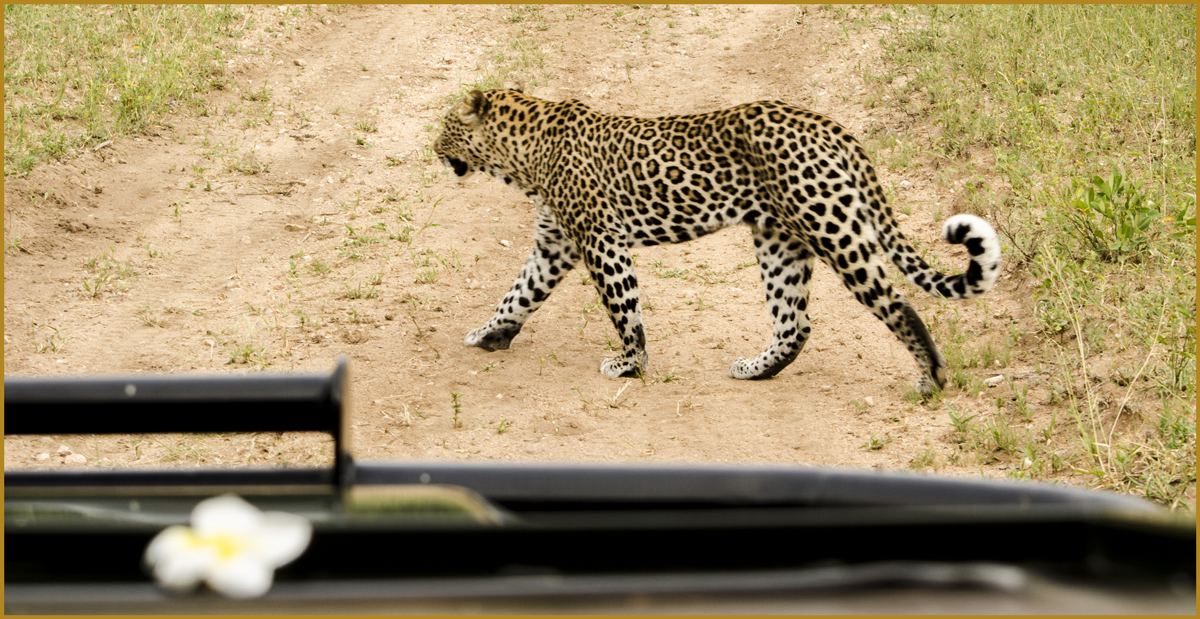 We understand that our guests travel from afar in order to acquire special African wildlife memories of a special time spent in a special place – Elandela Private Game Reserve!

!!! SPOIL YOUR LOVED ONES WITH A SAFARI HOLIDAY AT ELANDELA PRIVATE GAME RESERVE !!! 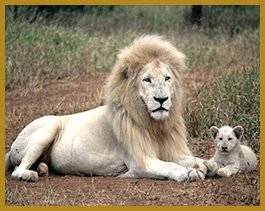 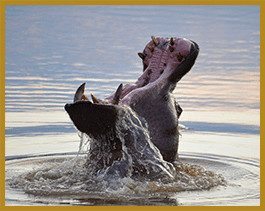 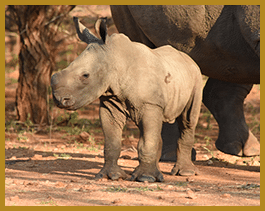 Special offer is ONLY available via e.mail and valid until 15 December 2021

Email us at yvonne@elandelalodge.co.za to reserve your room today!!!